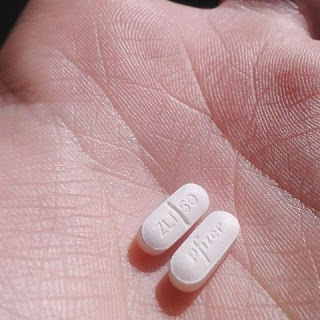 I had my first migraine when I was 17.

The migraines didn't reach their peak till my early 20s when they were full-on bilateral. I was sensitive to light and sound and had intense nausea. My doctor, at the time, said this was a classic migraine.

My 2 remedies for migraines were Excedrin and lemon lime Gatorade. Usually within 30 minutes to a few hours, I was feeling better. Eventually I was prescribed Imitrex which worked quickly but made me feel weak and tired. But I got used to the side effects and preferred them over the migraine.

I still get migraines and they are almost always on the right side and hurt especially around my forehead and sinuses. Here are the ways I deal with them:

Currently I take 2 preventative treatments-- Lo Loestrin birth control, and 500 mg of chelated magensium. My abortive (don't you love that word) medications are Imitrex or Excedrin. I have never found ibuprofen or naproxen to help with migraine pain.

My doctor has also prescribed me Topamax, which is a preventative drug, which did nothing for me.

I have also seen an ENT and he confirmed with a CAT scan it's not a sinus issue.

Sometimes none of these methods work, sometimes all of them work in some way.  My goal is preventing or treating the migraine without overly drugging myself.

I'll probably pick up some peppermint essential oil this week and see if that helps any, since it's cheap and doesn't require a doctor.

More than a few people have suggested Botox. I'm not against it, but I want to make sure I don't end up with a tight, shiny crazy forehead. I think most people would see the anti-aging effects of Botox as a bonus (Botox paralyzes the muscles around the forehead and prevents migraines) but I have no current plans to interfere with my face's aging process with needles or a scalpel.

Sometimes I'll have 8 days straight of migraines. This is when I feel like I live in a migraine fog. They'll go away, then they'll come back hours later or in the middle of the night,  or in the wee hours of the morning.  I've learned where all the pressure points are on my face and hands and can deal with the pain while the medicine is working.

This is really the heart of the migraine- dealing with the pain while the medicine may or not kick in. Even in the "best" scenario for this, which is a cool, dark room lying down, I have to constantly locate my pressure points on my sinuses with my fingers, curl up a certain way, and try not to throw up. I have to remind myself it will pass, I will feel better, this isn't my first rodeo, I'll be ok. It's exhausting.

I've been to the ER twice for a migraine. The first time they gave me an IV of some pain meds which knocked the migraine out of me in minutes. The second time they gave me 2 injections of something. No idea what they were of.

I don't dig the chronic pain label because I have shit to get done in my life and making excuses why I can't achieve my goals is lame. It's true I will have to unexpectedly miss events or cut things short because of my pain, but I really muscle through most of it and am proactive at trying to identify how to prevent the attacks.

I recently downloaded an app called Migraine Buddy, which tracks my migraines and hopefully will help me spot the triggers.

Also I learned this word today from migraine.com:

“Postdrome” is the official term for that wrung out, exhausted, headachy feeling migraineurs experience after the most painful and intense phase of their migraine attack has passed.

AKA the migraine hangover. All this time, I never knew it had a name.

I'll leave you with this which I found all too true-- though usually given with good intentions, migraine advice can be annoying. 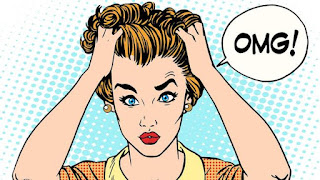 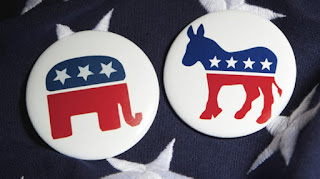